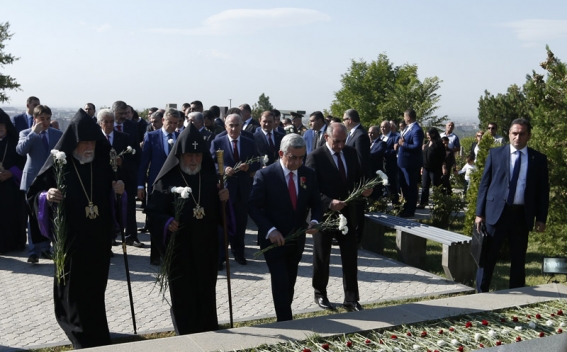 On the occasion of the 25th anniversary of Armenia’s independence President Serzh Sargsyan accompanied by the President of the Republic of Nagorno Karabakh Bako Sahakian, His Holiness Supreme Patriarch and Catholicos of All Armenians Garegin II , His Holiness Catholicos of the Great House of Cilicia Aram I and the highest leadership of the Republic visited today the Erablur Pantheon and paid tribute to the memory of the sons of the Armenian nation who sacrificed their lives in the name of Fatherland.