State of Emergency in American Charlotte 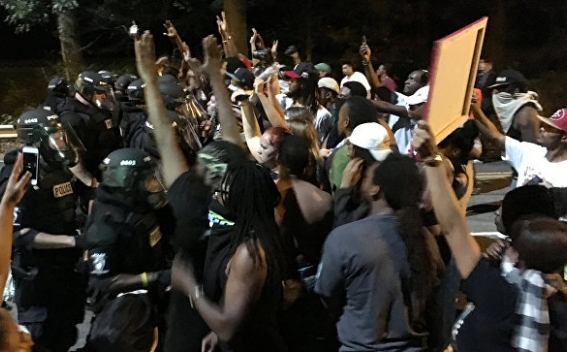 The North Carolina governor has declared a state of emergency in the city of Charlotte, as unrest continues over the police killing of a black man, BBC reports.

Violence erupted for a second night after Keith Lamont Scott was shot dead by a black officer on Tuesday.

Mr Scott was the third black man killed by police in a week. Such shootings have sparked huge protests recently.

The second night of protests had begun peacefully but the demonstration was interrupted by gunfire and a man in the crowd was injured.

The Mayor of Charlotte, Jennifer Roberts, voiced her shock at the violent protests, which saw 16 police officers injured on Tuesday night.