Michael Demidenko: In All EAEU Countries, Except Armenia, 60 Percent of the Population Support the Integration (EXCLUSIVE) 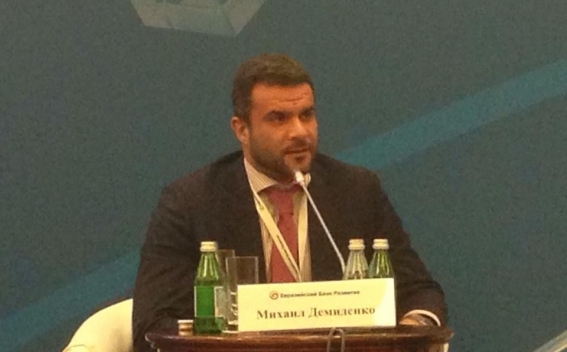 "Armedia" IAA presents an exclusive interview with Michael Demidenko, Deputy Director of the Center for Integration Studies of the Eurasian Development Bank on the situation and prospects of Eurasian integration.

- What are the main obstacles the integration processes face in the EAEU space and what ways do you see to overcome them?

- Obstacles are related to the fact that our economies, having a common Soviet past, nevertheless  for more than 20 years have been developing independently. Naturally, there are various obstacles that we are trying to overcome within the framework of Eurasian integration. First of all, this refers to mutual trade. Eurasian Integration Research Center has conducted relevant research, and found that about 20 percent of losses of the companies are the result of these obstacles. Work on their elimination is carried out by the Eurasian Economic Commission. I think that all these issues will be resolved quite successfully, as it is obvious that in the long term, especially for countries with small economies - such as Armenia, Belarus, Kyrgyzstan, the Eurasian integration is beneficial.

For our countries macroeconomic instability is also typical-  high and volatile inflation. The solution of this issue requires long-term effort. Here it should be noted that the Central Bank of Armenia is ahead of the EAEU countries - it has traditionally had lower inflation. This is done at the expense of the stabilization of the exchange rate, which raises certain questions.

- According to the research of your center, how has the mood in the EAEU countries in relation to each other and the integration process in general change? Does the optimism  in relation to the development of the EAEU rise or fall? Do the member countries trust each other?

- This year there are both positive and negative trends. First,  in all countries of Eurasian Economic Union, except Armenia, the integration support level is very high, more than 60%.  For example, in Belarus it is 63 percent, a rise from the previous year. Kazakhstan dropped slightly to 74 percent from 80, while in Kyrgyzstan, 76 to 71 percent. The most significant decrease in the level of support to the EAEU has been recorded in Russia and Armenia. In Armenia it fell from 56 to 46%. According to analysts, this is primarily due to dissatisfaction with the position of Russia in the recent Armenian-Azerbaijani crisis on the one hand and with the recent increase in prices for electricity, which is supplied by Russian companies, on the other hand.

-  Political contradictions often affect the public's attitudes toward the integration process. What trends can be observed in this regard, and how to fight it?

- I think that attitude towards integration is very much influenced by information in the media. In any case, the Eurasian integration is not political, but economic. Integration is based on a powerful economic reasons, such as common labor, commodities market, the overall financial area, which provides opportunity first of all for the countries with small economies. Economic justifications are heavier than some temporary political issues. Russia is a guarantee of security to Armenia and other countries.

- Recently, the media is often discussing the expansion of the Eurasian Economic Union. What is the attitude of the EAEU countries towards this?

- Eurasian Economic expansion could proceed in two ways: first, the acceptance of new members. Tajikistan is the only candidate here, and no member country is against it. The second direction is the creation of free trade zones, and there are many perspectives. More than 50 countries want to create a free trade zone with the Eurasian Economic Union, with 15 of them  negotiations are being held now.