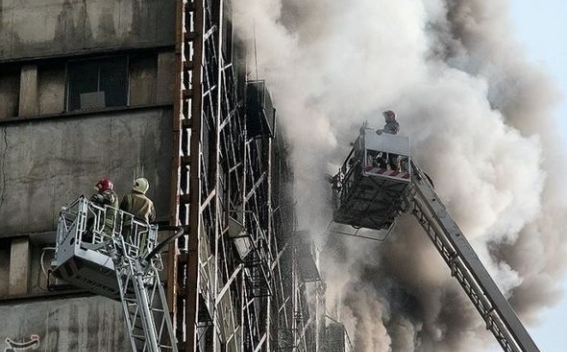 More than 200 firefighters arrived at the iconic Plasco building to contain the blaze.

According to local reports, more than 50 people were injured after the 17-story building that holds a shopping center and clothing workshops collapsed. The building was evacuated after the fire broke out but reports said that several people were still inside when the collapse happened.