Telman Markosyan: All of Us Became One Person, but it Should be Always, Not Only During the War 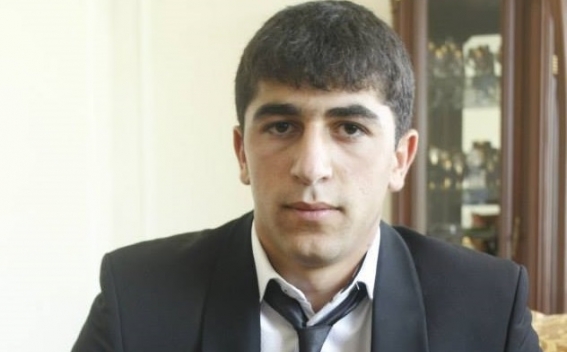 After four-day April war, the meaning of the Army day was re-evaluated including new names of modern-day heroes of our army...

"Armedia" IAA talked with Telman Markosyan, who during the April war was carrying out his military service in Talish. Telman was in Talish until April 5, after he was hospitalized because of injuries and yet, according to our today's hero he has not seen any difficulty during his army life… Telman is sure that life in the army can be assessed individually, "each one serves his own way, build his army life." Telman estimates  army-society ties positively. According to him, the respect for the soldiers by officers as well as by the society has always been high, but after the April war that is obviously higher. "All became one person, but it should be always, not only during the war," Telman said. "During the war, the advantage for us was consolidation, the wealth of army spirit. Globally, the army advantage is the human factor. The fact that the officer has the rigor and respect for the soldier, the soldier for the officer, the fact that they understand each other at once," our interlocutor shared his opinion on Armenian Army.

Telman described an Armenian soldier very simple, just "Armenian soldier" (smiling). In response to the request to mention the most impressive thing of the army life, Telman said: "Each day as a soldier". "War days were the most special for me. We were fully understanding each other, at the same time I could not understand what my friend felt, he could not imagine what I felt."

During the war the most ridiculous thing for Telman was the enemy's continuous firing and that he, and not only he survived (and thanks God, ed.). And according to him, it was due to "the enemy's stupidity." (Laughs) and added: "If it were not, I would not survive..."

Telman regrets that he was not with his friends till the end: "If, save God, a war breaks out again, I will go first."

He advised border soldiers act as they know, but also listen to his superiors. Telman ensured: "We are standing by our soldiers.