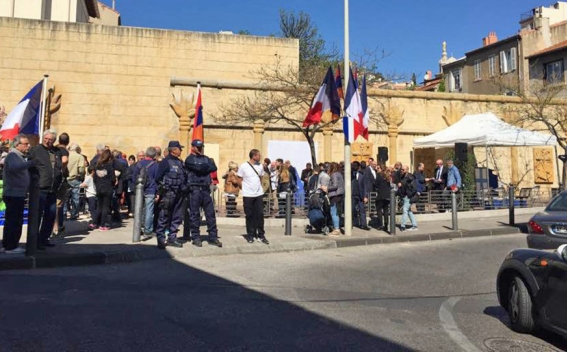 The square located in the intersection of Vallon De Montebello and Cambodia Streets in Marseille, France has been named after Soghomon Tehlirian- the Armenian who assassinated Talaat Pasha, the former Grand Vizier of the Ottoman Empire, in Berlin on March 15, 1921 - within the framework of the 102nd anniversary events of the Armenian Genocide, Armenpress reports.

At the inauguration event, organized by the Marseille City Hall and the Coordinating Council of Armenian Organizations of France, Marseille Mayor Jean-Claude Gaudin emphasized their desire is that the Constitutional Council of France adopts the Parliament’s voting results, under which criminal liability is set for the denial of the Armenian Genocide.