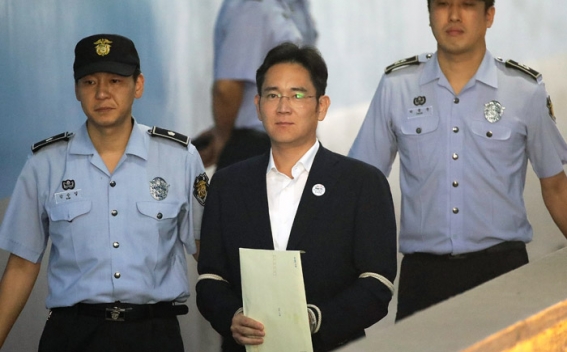 Revelations of Lee's attempt to bribe South Korea's president to further his business ambitions fed public anger that led to the ouster of Park Geun-hye as South Korea's leader.

The court said Lee, 49, hoped bribes for Park and her close friend Choi Soon-sil would secure government support for a merger of two Samsung units that strengthened Lee's control over the conglomerate.