7 Days on the Frontline: Azerbaijan Fired More than 1100 Shots 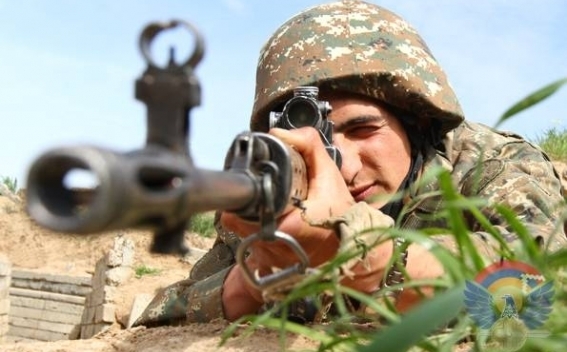 The operative situation along the line of contact between the Karabakh and Azerbaijani opposing forces has remained relatively calm, from October 1 to 7, Artsakh MOD reports.

During this time, however, the adversary violated the ceasefire by firing more than 1,100 shots toward the Republic of Artsakh (Nagorno-Karabakh Republic/NKR) military positions, and primarily with different-caliber shooting weapons, informed the press service of the Artsakh Ministry of Defense (MOD).

But the NKR Defense Army vanguard units continue controlling the operative and tactical situation, and they take necessary steps to reliably maintain their combat positions.