Catalan Leader Did Not Clarify on Their Independence 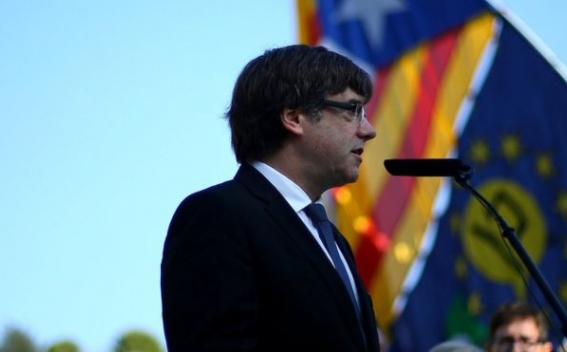 Catalan leader Carles Puigdemont has failed to clarify whether or not Catalonia plans to break away from Spain, and has instead called for talks, Al Jazeera reports.

Previously, Spain's Prime Minister Mariano Rajoy gave Puigdemont until Monday 10am local time (08:00 GMT) to make his position clear and until Thursday to change his mind if he called to secede. Rajoy has threatened that Madrid would suspend Catalonia's autonomy if Puigdemont chooses secession.

In his letter to Rajoy on Monday before the deadline, published by Catalan media, Puigdemont did not directly answer yes or no to whether he is declaring independence, and said the two sides should meet "in spite of everything that has happened".