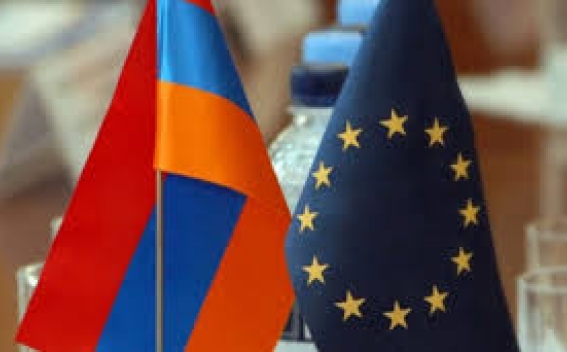 The European Union finances five new civil society projects in Armenia to promote democratic governance and human rights which will become concrete examples of civil society taking initiative toinformation gathering and promoting public discussions, the website of the EU Delegation to Armenia reports. The latter will identify common views of citizens and passing key recommendations and concerns to politicians and government institutions and acting as a watchdog of their governments. The projects reflect the common values identified and confirmed by the Republic of Armenia and the European Union in the Comprehensive & Enhanced Partnership Agreement between the European Union & Armenia (CEPA) signed on 25th November 2017.

The EU Ambassador Piotr Świtalski stated: "The EU delegation is launching five new important civil society projects that will be engaging Armenian citizens in different governance and human rights activities. I very much hope that these new projects will encourage more young people and ordinary citizens to engage in public discussions on important issues in Armenia. The five new projects spans from youth issues over human rights in closed institutions, women's organisations, national policy and budget implementation and to reducing energy costs so regardless of your interest these projects have something for everyon".

The new projects will engage Armenian citizens, including women and youth, in work on human rights, budget transparency, capacity-building of women's organisations, assessments and discussions of the situation in closed institutions, and enhancing the knowledge of citizens in rural communities and civil society organisations on steps to reducing their energy costs through new technology. Many project activities will involve and benefit Armenians in the regions during their 2-year implementation period.Two of the five projects will be advancing human rights issues – one by working with youth journalists and youth organisations to enhance knowledge on human rights monitoring, reporting and promotion of human rights through policy dialogue and the second by updating and expanding existing assessments of the human rights situation in closed institutions such as prisons, institutions for mentally ill persons and pre-trial detention centres. The third and fourth projects will create better information flows to Armenian citizens on the important issues of budget implementation and how to reduce energy bills through small-scale investments in new technology. The fifth project will ensure more predictable support to more than 600 vulnerable women by improving the social enterprises run by women's organisations in the marzes of Armenia.