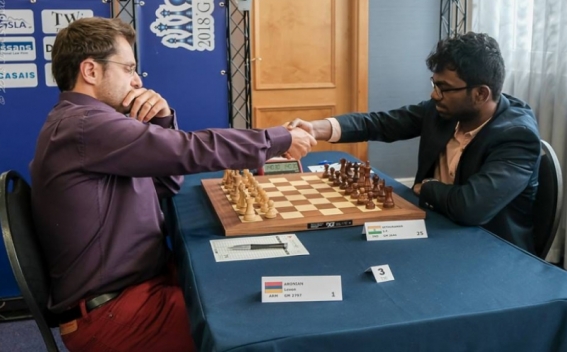 Near the end of the championship, Aronian defeated Indian GM Sethuraman in the 9th round.

The Armenian grandmaster is ranked among the leaders with 7 points.

To remind, nearly 300 chess players, including 92 grandmasters are competing in the Gibraltar Championship.