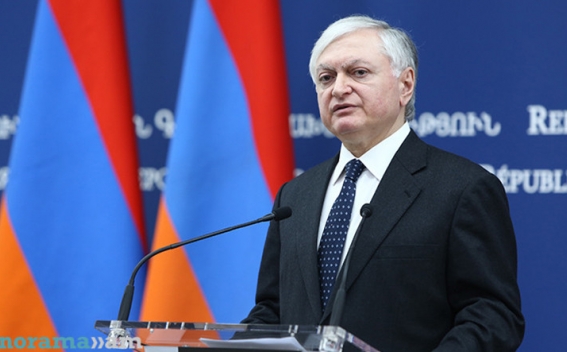 As ''Armenpress'' reports, the FM said Lebanon supports the settlement of the conflict exclusively by peaceful means based on the proposals made by the Minsk Group Co-Chairs. "We welcome Lebanon’s stance on supporting the efforts and approaches of the OSCE Minsk Group Co-Chairs", the Minister said.

Commenting on the Lebanese President’s visit to Armenia, FM Nalbandian confidently stated that it will definitely have an impact on the further development of bilateral relations. "We have traditionally warm, friendly relations with Lebanon and there is a desire from both sides to further develop and deepen them", Edward Nalbandian said.