Austria Summons Diplomat from Israel Because of 'Nazi' T-Shirt 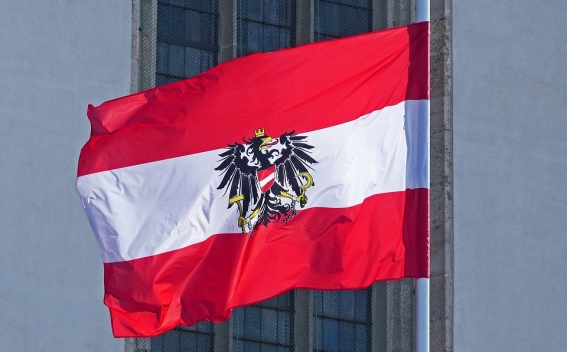 Austrian Foreign Minister Karin Kneissl has summoned Juergen-Michael Kleppich, an attaché from the country's embassy in Israel, "to clarify the circumstances and to submit to a legal probe into the accusations in the media," the ministry's spokesman Thomas Schnoll said.

The Falker newspaper reported that Kleppich posted a photo on his Facebook page showing him in a green shirt with the words "Stand your ground" and "Frundsberg," the last name of a 15th century mercenary who was used as a symbol by the Nazis for the 10th SS Panzer division, Sputnik News reports.

This is not the first episode involving the attaché, who has been summoned by Austria's Foreign Ministry, as he had previously posted a photo of his grandfather in a Nazi uniform with a swastika on social media.