Iran's President: Karabakh Conflict Must be Settled Through Political Means 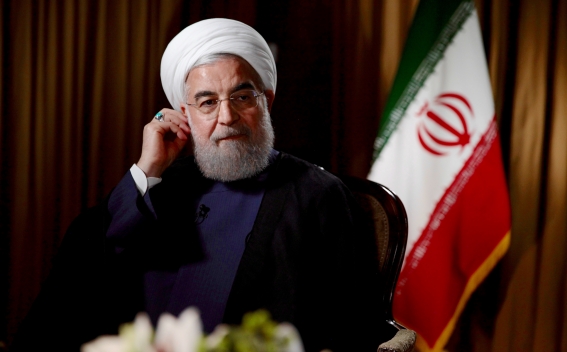 Iran's President Hassan Rouhani is confident that the Karabakh conflict must be settled through political means, "Armenpress" reports.

"We believe that the Nagorno Karabakh conflict must be settled by political means. We want to witness establishment of firm stability in the region by the efforts of Armenia and Azerbaijan. We are pleased that diplomatic efforts are being made on this path," the Iranian President said during a press conference in Baku after the meeting with Azerbaijani president Ilham Aliyev. Hassan Rouhani stated that the settlement of the conflict must be based on the international principles.