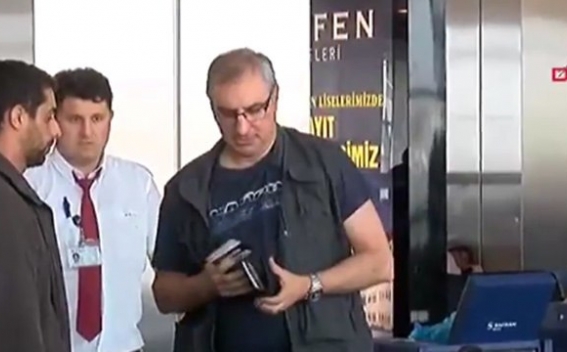 Israel's Ambassador to Ankara Eitan Na'eh, who was expelled at the orders of Turkish President Recep Tayyip Erdoğan, was humiliated at the Istanbul International Airport on Wednesday as he was made to undergo a strict security screening in front of media cameras, ''Ynetnews.com'' reports.

The Turkish media teams were invited to the airport to cover Na'eh's departure from the country and filmed him removing his jacket and shoes at the request of security personnel. Na'eh was also frisked by a Turkish security guard.

"This was an intentional humiliation," an Israeli official said. "The journalists were invited to the airport and taken into the sterile area of a Turkish Airlines flight, where security checks are done right before boarding."