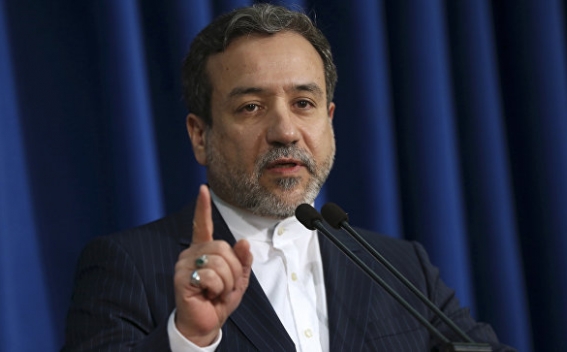 A senior Iranian nuclear negotiator says the Islamic Republic expects the European Union to put forward by the end of June its package of proposals to save a multilateral nuclear agreement between Tehran and the P5+1 group of countries from which the US has withdrawn, Presstv reports.

Iranian Deputy Foreign Minister Abbas Araqchi said on Saturday that the three European signatories of the nuclear agreement, officially known as the Joint Comprehensive Plan of Action (JCPOA), and the EU had promised to offer a package of practical steps that would fulfill Iran’s demands, including on oil sales, payments for its oil and transportation.

US President Donald Trump announced on May 8 that Washington was walking away from the nuclear agreement, which was reached between Iran and the five permanent members of the UN Security Council - the United States, Britain, France, Russia and China - plus Germany in 2015.

Trump also said he would reinstate US nuclear sanctions on Iran and impose "the highest level" of economic bans on the Islamic Republic.

Under the JCPOA, Iran undertook to put limits on its nuclear program in exchange for the removal of nuclear-related sanctions imposed against Tehran.

Since the US president pulled Washington out of the historic nuclear deal, European countries have been scrambling to ensure that Iran gets enough economic benefits to persuade it to stay in the deal. The remaining parties have vowed to stay in the accord.

Head of the Atomic Energy Organization of Iran (AEOI) Ali Akbar Salehi said on Friday that the Middle East and the entire world would face a "dreadful" future if the key nuclear agreement fell apart.

"If the European Union and other countries supporting the JCPOA do not demonstrate their practical opposition to the US policies in due time, they will face a dreadful future and unprecedented insecurity in the region and the world because of the JCPOA's collapse," the AEOI chief said.

Araqchi further said that the nuclear accord is not in a normal state due to the US pullout from it.