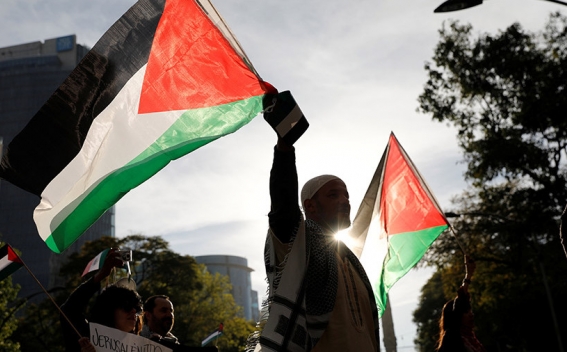 Colombia recognised Palestine as a sovereign state days before new President Ivan Duque assumed office on 7 August, according to its foreign ministry on Wednesday, middleeasteye.net reports.

"I would like to inform you that in the name of the government of Colombia, President Juan Manuel Santos has decided to recognise Palestine as a free, independent and sovereign state," said a foreign ministry letter dated 3 August.

Colombia was the final country in South America to recognise Palestine.

The incoming president, according to a report on the official Palestinian news agency WAFA on Wednesday, also approved the measure.

More than 70 percent of the world’s UN member states have recognised Palestine as an independent state.

Unlike Israel and some of its allies, Palestinian President Mahmoud Abbas has argued that recognition of Palestine as a state would bolster prospects for peace.

In response to the administration of President Donald Trump moving the US embassy to Jerusalem, Palestinians and Arab nations have called on world countries to recognise the State of Palestine with the eastern part of the Holy City as its capital.