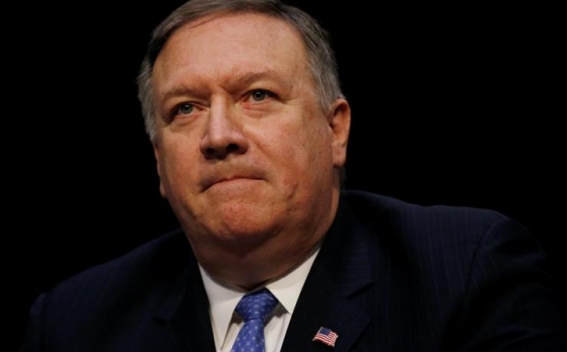 Secretary of State Mike Pompeo announced Wednesday that the U.S. is terminating a 1955 treaty with Iran, after the United Nations' top court used that treaty to order the U.S. to ease some of its sanctions on the regime, Foxnews reports.

The International Court of Justice (ICJ) ruled earlier Wednesday that the U.S. must lift sanctions that affect the import of humanitarian goods and products and services linked to the safety of civil aviation. Iran had alleged that the sanctions breach the 1955 bilateral agreement known as the Treaty of Amity, from when the two countries had good relations, that regulates and promotes economic and diplomatic ties between the two countries.

The ICJ, ruling from the Hague, said in a preliminary decision that the U.S. must "remove, by means of its choosing, any impediments arising from" sanctions that affect exports to Iran of medicine, medical devices, food, agricultural commodities and equipment necessary to ensure the safety of civil aviation. The U.S. had argued that the sanctions cannot be challenged at the ICJ because it is a matter of national security. The court’s president, Abdulqawi Ahmed Yusuf, said that the case will continue and the U.S. could challenge the court's jurisdiction.

In his press conference, Pompeo said Iran's case was "meritless" and accused the country of "attempting to interfere with the sovereign rights of the United States to take lawful actions necessary to protect our national security and abusing the ICJ for political and propaganda purposes."

He then announced the U.S. would terminate the Amity treaty which formed the basis of Iran's suit against the U.S..