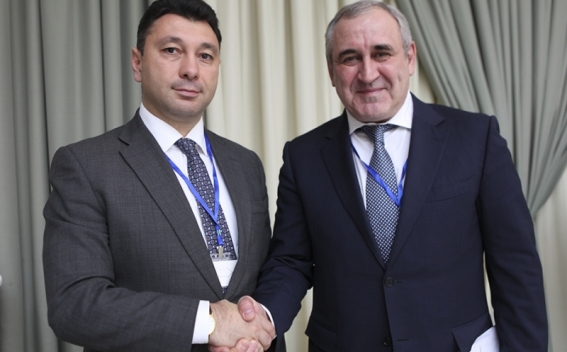 On October 30, the RA NA Deputy Speaker Eduard Sharmazanov met with the Head of Yedinaya Rossiya Party Faction of the RF FA State Duma Sergey Neverov within the framework of the CSTO PA Council Session in Moscow.

In the course of the meeting the sides discussed issues relating to the development of the Armenian-Russian parliamentary relations, touched upon the close cooperation of the parliamentary delegations in the CSTO, CIS and the OSCE PA, as well as the cooperation at the level of inter-parliamentary factions. Regarding the party cooperation, Eduard Sharmazanov and Sergey Neverov highlighted the development and strengthening of parliamentary and party relations between the RPA and Yedinaya Rossiya (United Russia) Party, assuring that they were ready to make efforts in that direction.