''Why Don’t you Say that Dolmabahçe Palace Was Built by an Armenian Architect, that Akhtamar Belongs to Us?'' Garo Paylan 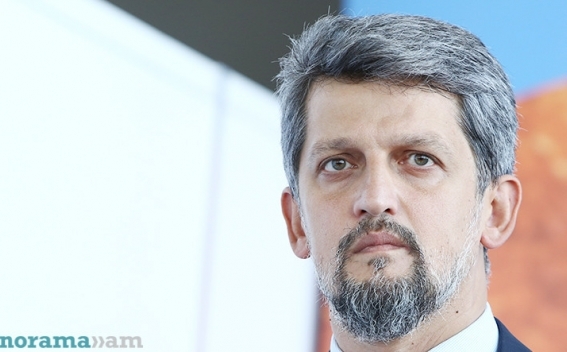 Member of the pro-Kurdish Democratic People's Party of Armenian origin Garo Paylan spoke about the Armenian cultural heritage in Turkey during the discussions of the budget of the Ministry of Culture and Tourism, emphasizing that the cultural appropriation is presented differently.

It should be noted, that the Palyan (or Balyan) family  was a prominent Ottoman Armenian family of court architects in the service of Ottoman sultans and other members of the Ottoman dynasty during the 18th and 19th centuries. For five generations, they designed and constructed numerous major buildings in the Ottoman Empire, including palaces, mansions, konaks, kiosks, yalis, mosques, churches, and various public buildings, mostly in Constantinople (present-day Istanbul). The nine well-known members of the family served six sultans in the course of almost a century and played an important role in the Westernization of Ottoman architecture during the Tanzimat period.