MYSQL ERROR: [1064]You have an error in your SQL syntax; check the manual that corresponds to your MariaDB server version for the right syntax to use near '' at line 1 Israeli Cabinet Minister Threatens to Kill the Leader of the Militant Hamas Movement
YEREVAN C°
RA CB: 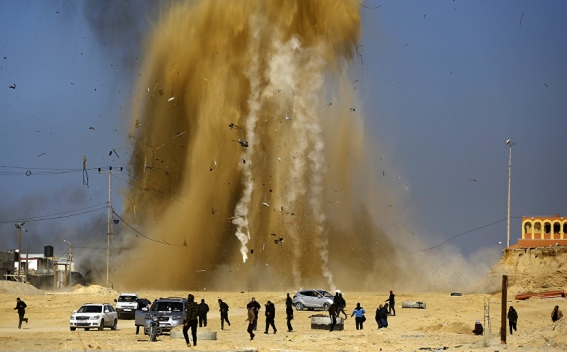 A senior Israeli Cabinet minister has threatened to kill the leader of the militant Hamas movement governing Gaza, Sputnik News reports, referring to the Associated Press.

"Yehiyeh Sinwar's time is limited […] he will not end his life in an old folks' home,” Housing Minister and former IDF Southern Commander Yoav Gallant said when speaking at the Jerusalem Post Diplomatic Conference on Wednesday.

Gallant then vowed that Israel would launch another military campaign in Gaza and advised Sinwar to "recalculate his route."