Some Roads in Armenia are Difficult to Pass 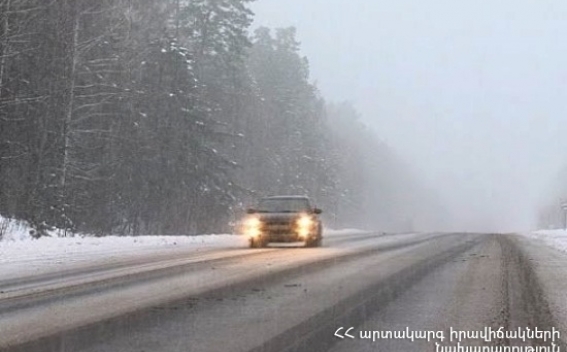 According to the Ministry of ES of RA on December 19 by 09:30 some roads in Armenia are difficult to pass.

Vardenyats Pass is closed for trucks.

Sotk-Karvachar highway is difficult to pass.

Black ice is formed on Goris-Sisian-"Zanger" highway and on the roadways of Aragats region, Aragatsotn Province.

It is recommended to all drivers to drive to Provinces exceptionally on winter tires.

According to the information received from the Agency of Emergency Situations of the Ministry of Internal Affairs of Georgia Stepantsminda-Larsi highway is open for all types of vehicles.

According to the information received from the Ministry of Emergency Situations of the Russian Federation, Republic of North Ossetia, there are accumulated cars on the Russian part.