Indonesia: A Tsunami has Killed More than 280 People 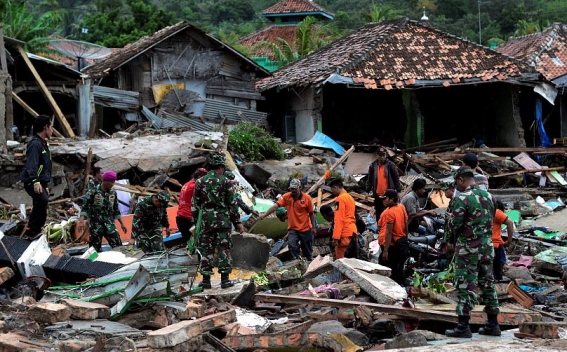 A tsunami has killed at least 281 people on the Indonesian islands of Java and Sumatra, the country's disaster management agency has confirmed, and up to 1,016 have been left wounded, Euronews reports.

The deadly wave is thought to have been triggered by an underwater landslide caused by a volcanic eruption, officials added.

Hundreds of people were also injured in the tsunami, which was exacerbated by an abnormally high tide.

The tsunami struck around 15.30 CET on Saturday.

Residents near the volcano that erupted, Anak Krakatau, have been warned to stay away from the coast as fears grow it could trigger another tsunami.

The volcano erupted again on Sunday, seething ash and smoke.

As night fell, workers and ambulances struggled to reach the affected areas because some roads were blocked by debris, overturned cars and fallen trees.