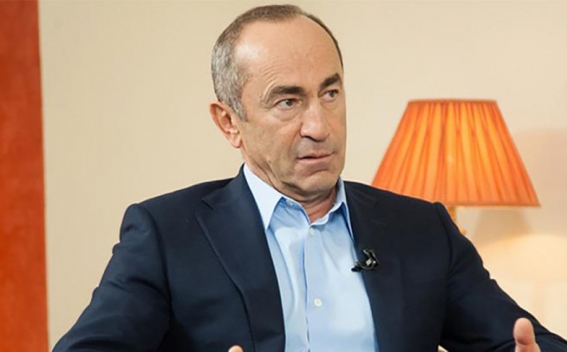 Attorneys for the second Armenian president, Robert Kocharyan, who has been charged with the overthrow of constitutional order in Armenia in March 1, 2008, submitted a statement to the Constitutional Court on Tuesday, News.am reports.

At issue was the legislative regulation, which relate to the authority to ensure the uniform application of the law and other legal regulations by the Court of Cassation, which is the basis for the adoption of the cassation complaint.

At the same time, lawyers are also discussing the issue of applying to the Constitutional Court on a number of other issues, set to be announced later.

As reported earlier, a charge has been brought against second President of Armenia Robert Kocharyan, former Defense Minister Mikayel Harutyunyan, and incumbent Collective Security Treaty Organization (CSTO) Secretary General and Armenia’s former Deputy Defense Minister Yuri Khachaturov, within the framework of the criminal case into the tragic events that transpired in capital city Yerevan on March 1 and 2, 2008—and under Article 300.1 Paragraph 1 of the Criminal Code; that is, breaching Armenia’s constitutional order, in conspiracy with others.