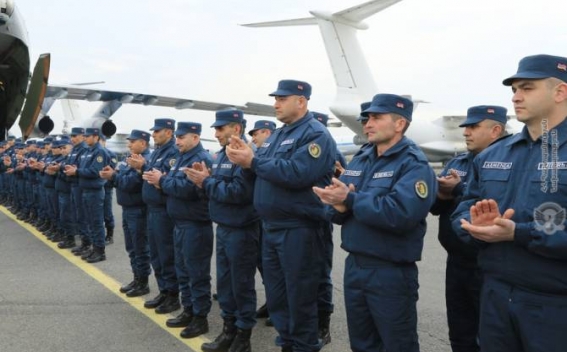 Armenia's humanitarian mission in Syria is being carried out in accordance with the law, Defense minister Davit Tonoyan said during a joint press conference with defense minister of Cyprus Savvas Angelides in Yerevan, reports Armenpress.

"The official statement regarding our cooperation with Syria says that there has been a written request by the Syrian authorities. And Armenia’s humanitarian mission is being implemented in accordance with the law", the Armenian defense minister said.

He stated that if there is a need to participate in the military operations, Armenia will do that again in accordance with the law. "At the same time, we will of course try to cooperate with the extra-parliamentary forces while making a decision on that matter", Davit Tonoyan said.

In his turn the defense minister of Cyprus said he is convinced that Armenia will succeed with its mission in Syria.