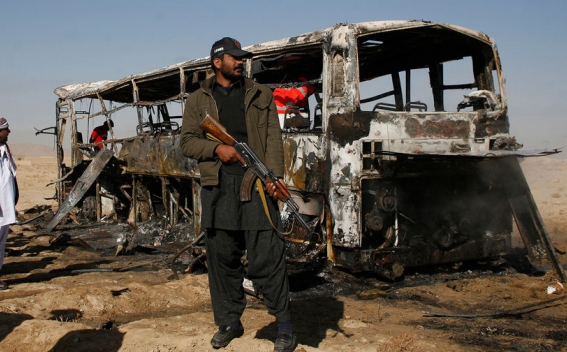 Earlier in the day, the local news agency IRNA reported citing its source that 20 people were killed.

The deadly attack took place in the Chanali area of the Khash-Zahedan road, between the cities of Zahedan and Khash — an area not far from the border with Pakistan, where drug smuggling and military activities are quite frequent.
Հայերեն На русском