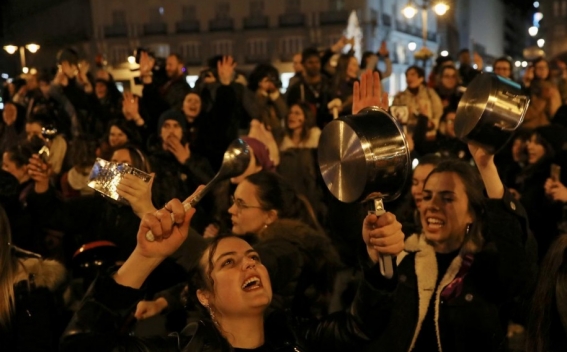 Loudly banging pots and pans, a few hundred women protesters gathered in Madrid in the early hours of Friday to mark the start of International Women’s Day, Reuters reports.

The women - some wearing purple bags and clothes, and holding banners that read “Sister I do believe you” - met at midnight in Puerta del Sol square in the heart of the Spanish capital, in one of the first protests in Europe to commemorate the day and call for more gender equality. Purple has in recent years been a signature color of women’s rights protesters.

Larger rallies are expected in Spain later on Friday during a general strike, at a time when gender inequality has become a divisive issue ahead of an April 28 parliamentary election.

New far-right party Vox, which according to opinion polls would for the first time win seats in a parliamentary election, has called for the scrapping of Spain’s gender violence laws, one of its trademark proposals.