In Case of Attempts by Azerbaijan to Resolve the Conflict by Force, Artsakh has Every Right to Protect its Freedom and Independence. Artsakh's MFA 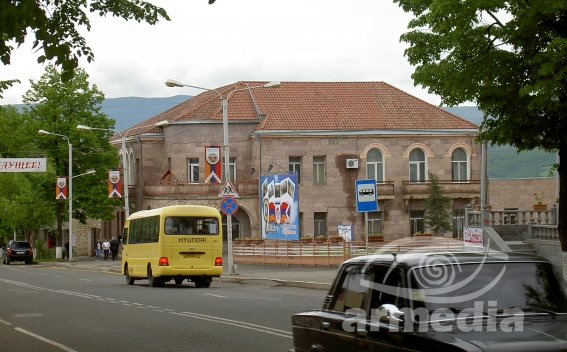 Comment by Head of the Information and Public Relations Department of the Foreign Ministry of the Republic of Artsakh Artak Nersisyan to Lragir.am agency.

Q: Recently, Baku has again made statements that Azerbaijan has a limit of patience and, if the resolutions of the UN Security Council are not implemented, it will be forced to use all the rights specified in the UN Charter. In addition, the Azerbaijani authorities believe that there is a difference between how peace is perceived by Armenia and how international law defines it. How would you comment on such statements by official Baku?

A: The statements of the Azerbaijani side about the alleged difference between how Armenia perceives peace and how international law defines it are a direct consequence of Baku’s distorted perception and arbitrary interpretation of the norms of international law. Moreover, the highest leadership of Azerbaijan altogether denies international law, believing that the principle of “might makes right” prevails in international relations.

Attempts to ascribe to themselves the right to unleash aggressive war, allegedly in accordance with the UN Charter, also point to a biased interpretation by official Baku of the norms of international law. Meanwhile, the UN Charter, on the contrary, legally enshrined the ban on the use of force in international relations, with the exception of two permissible cases – in self-defence and by decision of the UN Security Council. However, in the context of the Azerbaijan-Karabakh conflict, Baku’s reference to the right of self-defence is devoid of legal grounds, both in terms of treaty and customary law. Azerbaijan can refer neither to Article 51 of the UN Charter, nor to “an instant and overwhelming necessity” for self-defence, since a trilateral cease-fire agreement of unlimited duration has been in place since 1994, which is fully respected by the two Armenian parties. Let me remind that on 26-27 July 1994, Artsakh (Nagorno-Karabakh), Azerbaijan and Armenia signed an additional agreement, in which they confirmed “the commitments to cease-fire until the conclusion of a large political agreement”. It is worth noting that it was Artsakh that was subjected to military aggression by Azerbaijan and used its right to self-defense to reflect it in full compliance with Article 51 of the UN Charter.

Azerbaijan’s speculations on the right to self-defence in the context of the Azerbaijan-Karabakh conflict were rejected by the international community, including also in April 2016, when, in violation of the cease-fire agreement, it launched a large-scale armed attack against Artsakh. It should be noted that, thanks mainly to the decisive actions of the Defence Army of the Republic of Artsakh, Azerbaijan’s attempt to unleash a new aggression was thwarted. In response to this situation, the OSCE Minsk Group co-chair countries – the United States, Russia, France, as well as the UN Secretary General, the OSCE Chairperson-in-Office and Secretary General of the Council of Europe were unanimous on the need to strictly observe the cease-fire agreement of 1994 and the 1995 agreement on strengthening the cease-fire. In particular, on 8 December 2016, within the framework of the OSCE Ministerial Council, the heads of delegations of the Minsk Group co-chair countries made a strong appeal to the parties to “strictly adhere to the 1994/95 cease-fire agreements that form the basis for the cessation of hostilities in the conflict zone”.

It is obvious that sustainable peace and stability in the region can be achieved only by addressing the root cause of the conflict, which is the denial by Azerbaijan of both individual and collective rights of the people living in Artsakh. It was the attempt of the Azerbaijani authorities to suppress, through force and terror, the right of the people of Artsakh to self-determination that led to the transformation of a political problem into an armed confrontation. And today, Baku’s unwillingness to abandon this destructive policy has become one of the main obstacles to resolving the Azerbaijan-Karabakh conflict.

In case of attempts by Azerbaijan to resolve the conflict by force, which, according to Article 1 of the above UN GA resolution 3314, would mean unleashing a war of aggression, the Republic of Artsakh has every right to take all necessary self-defence measures and protect its freedom and independence in accordance with international law, including, in particular the UN Charter.