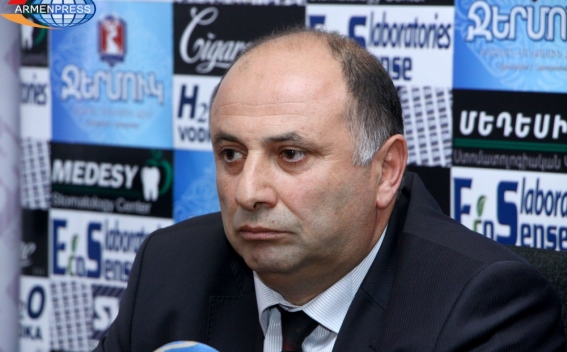 Armenian Assyrian community celebrates their new year on April 1, marking the beginning of the year of 6769 (Assyrian chronology dates back to 4750 B.C).

-Mr Mikhailov, please tell us about Resha'D Nisan. Why specifically April 1. What does it stand for?

- Today we are celebrating the year of 6769.  Since questions frequently come up about the year, I must say that the first Assyrian king wrote it on clay signboards as a law and declared that Assyrians should celebrate the New Year. According to the articles of the law Resha'D Nisan is celebrated after “Adar”, which is translated as March. The articles elaborated how the fest should be celebrated. It is highlighted that New Year should be celebrated within 12 days. According to tradition the Assyrian king hands his duties over to an ordinary person, called “choortana” (fake king) on the 12th day of the New Year. We spend each day under the name of a god or goddess and celebrate our New Year. On the 12th day the king gets his duties back.

The king writes in his commandment that each 350 year the king must update the signpost. It should be noted that the first, third and eighth signposts have been found and the year has been counted.

The Assyrian new year stands for nature revival and fertility. We lavishly celebrate our new year.

-What is your wish to your community?

I congratulate all the Assyrians in our region, particularly the representatives of the Assyrian community inhabiting in historical Assyria. May peace dominate in their countries. :

On behalf of my community I thank RA prime-minister Nikol Pashinyan for congratulating the community on the fest.