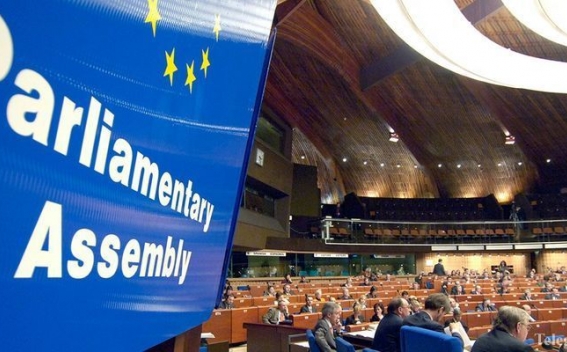 Heads of Armenia have taken part in PACE plenary sessions for four times with Nikol Pashinyan being the fifth. RA second president Robert Kocharyan took part in the plenary session once in 2004, third president Serzh Sargsyan three times (in 2011, 2013 and 2018).

Most spectaculars speeches of the Armenian presidents

Robert Kocharyan’s 2004 speech at PACE was followed by questions among them one of the Azeri deputies asked Kocharyan whether had personally taken part in the military operations against Azerbaijan.

“Yes, I did take part. My children lived in basements, their childhood slipped away. I am proud to have taken part in the war and I am proud of the result of that war,” Kocharyan answered.

In response to another Azeri deputy’s question whether it would not be correct if Armenia returned the 7 occupied territories, Kocharyan answered that the issue of part of the occupied territory would have been solved long before had Azerbaijan respected the 2001 Key West agreements or had not declined in 1998 the idea of the “common state”.

In 2013 Serzh Sargsyan spoke from the European and noted that Artsakh had always been, was and would always remain a part of Europe and that the society of Artsakh is a part of the European society regardless of its political status.

In response to the Azeri deputy’s question regarding “20% occupied territories” Sargsyan advised the Azeri deputy to first refresh his algebra knowledge and second, change the attitude towards Armenia.

Noteworthy was also the question of the Armenian deputy Zaruhi Postanjyan’s question addressed to Sargsyan in 2013 PACE plenary session.

During 2018 Sargsyan called on the aggressive Azeri deputy to calm down and not cripple facts. “First, please calm down and do not cripple my words. I have not declared from this pulpit that I led the war, I did not have that honor. But I took part in the fair fight of the Nagorno Karabakh people.”