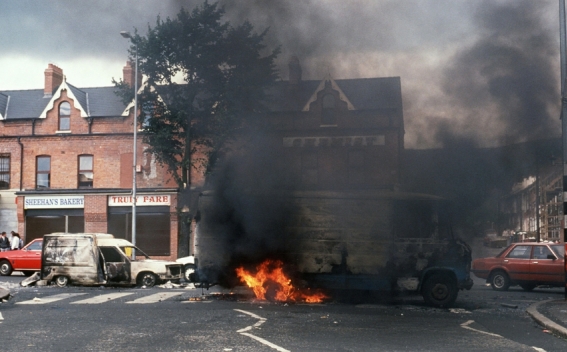 Police have appealed for “calm” amid what they are now describing as a "terrorist incident" after reports came through of riots breaking out in the Creggan area of Londonderry, Northern Ireland. Police Service of Northern Ireland's (PSNI) Mark Hamilton said: “Sadly I can confirm that following shots being fired tonight in Creggan, a 29 year old woman has been killed. We are treating this as a terrorist incident and we have launched a murder enquiry.”

According to an onlooker  “serious rioting” and “dozens of petrol bombs” were thrown at police officers.