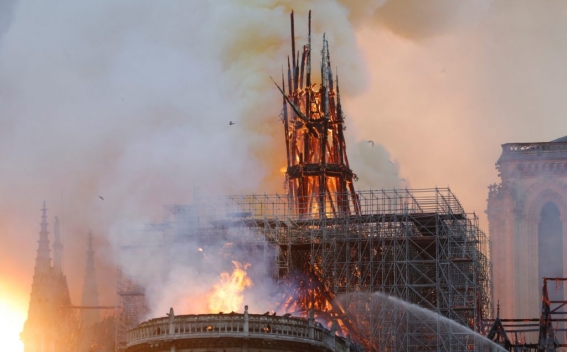 Paris prosecutors are investigating if an electrical short-circuit caused the fire that ripped through Notre Dame Cathedral.

A judicial source told CNN on Thursday that "we are not excluding any hypothesis at this stage," saying that this is not their only line of inquiry.
Since Tuesday, Paris prosecutors have been investigating what could have turned the Gothic masterpiece into an inferno.
At least 40 employees at the Paris landmark have been questioned so far.
On Wednesday, the prosecutor's office said that in addition to interviews, forensics teams and the central laboratory for the police department had been able to access some areas of the site and begin inspections. Officials are continuing to pursue the theory that the cause of the fire was accidental but have not ruled out other scenarios at this stage, the prosecutor's office added.