French MP on Notre Dame de Paris Fire: How Can One Blame God For Fire? (Exclusive) 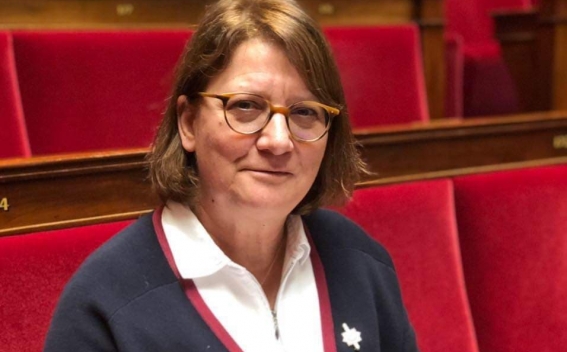 The fire on April 15 ravaged the cultural, historical and spiritual center of Paris bearing 850 years of history.

”Armedia” IAA  talked to Nadia Yesayan, MP of the Republic of France.

- Mrs. Yesayan, the fire in Notre Dame de Paris made us revalue Christianity and the role of Christian temples in Europe. Can this incident signal a reassessment of values?

- Notre Dame of Paris is a historical and cultural heritage for the whole world. It is also a sanctuary for Christians and symbolic place for the French church.

The fire raised the awareness of Christian history in France with numerous TV stations presenting the history of the temple. I am not sure though, whether that is enough to further reinforce the faith. On the other hand I was touched by the solidarity for rebuilding the temple. That was beyond all borders and above all religions. That fraternity that unifies us regardless of our differences is the highest value of humanity.

- The Turkish press and Turkish social media users reaction to the fire was rather radical. Some of them wrote that it is the punishment Europe bears for not reacting adequately to New Zealand terrorism and other killings of Muslims. Others said that that’s Allah’s punishment for the position towards the Armenian genocide. What do you think?

- I hope what you described is a marginal position. To my mind it jeopardizes peace. How can one blame God for the fire?

I prefer citing Erdogan’s statement in which he expresses his deep sorrow for the French people.

- Against the backdrop of social protests in the country many philanthropists have donated huge amounts of money for rebuilding the temple. What is the position of the French people in this regard?

- A lot of French people have donated to the temple because they want it to be quickly rebuilt. But there is also criticism as to “how is it possible to raise such an amount so quickly whereas very little support is available for other problems.”

I think one should not contrast causes. The emotions during the fire, the temple’s position in France’s scenery, the significance of the following reconstruction and curiosity made people donate. A month later they will face another issue as it happens with some natural disasters. We must be happy for the donations but also remind the donors that there are other important issues as well.