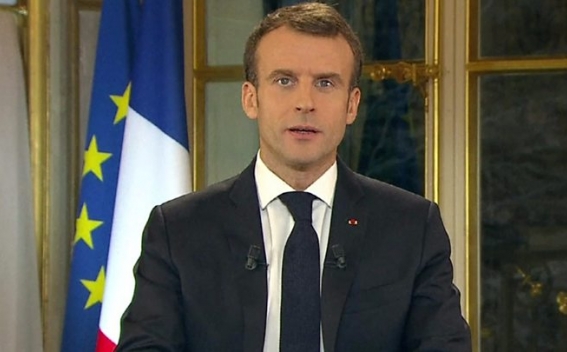 Shaken by five months of often-violent "yellow vest" protests, Emmanuel Macron will announce a package of measures that could include lower taxes and the abolition of France's elite Ecole Nationale d'Administration to quell the unrest, France24 reports.

The street rebellion erupted over planned diesel tax hikes but morphed into a broader backlash against inequality and a political elite perceived as having lost touch with the common person. Protesters clashed with police for a 23rd straight week on Saturday.

For Macron, whose monarchical governing style early on prompted accusations of arrogance among voters and contributed to a sharp drop in his popularity, his first news conference at the Elysee palace will be crucial to regain lost ground with
voters.