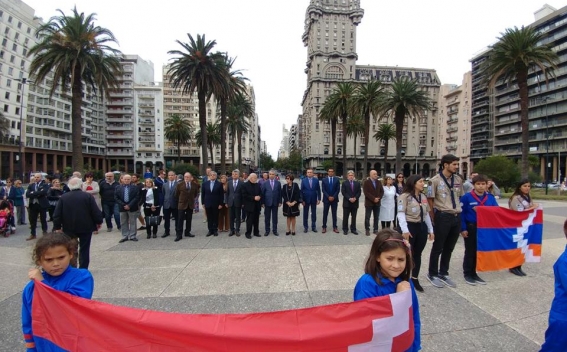 Within the framework of the working visit to the Oriental Republic of Uruguay, the delegation headed by Minister of Foreign Affairs of the Republic of Artsakh Masis Mayilian participated in a range of events dedicated to the 104th anniversary of the Armenian Genocide. In particular, on April 23, the delegation participated in the commemoration march in Montevideo, followed by a rally. The Foreign Minister delivered a speech at the rally.

On April 24, the delegation participated in the rallies organized in the ‘Liberty’ and ‘Armenia’ Squares in Montevideo.

In his speech, the Foreign Minister of Artsakh stressed the importance of the recognition and condemnation of the Armenian Genocide in terms of preventing new Genocides, as well as expressed his gratitude to the people and authorities of Uruguay for providing refuge to the Genocide survivors and being the first to recognize the fact of the Armenian Genocide. The Minister highly appreciated the unprecedented move by the then authorities of Uruguay, which shows the primary importance of human rights and justice for the people of Uruguay.

On the same day, the delegation of Artsakh participated in the event dedicated to the anniversary of the Armenian Genocide, held in the Uruguayan Parliament. It was organized jointly by Speaker of the House of Representatives of the Parliament Cecilia Bottino and the Hay Dat Committee. 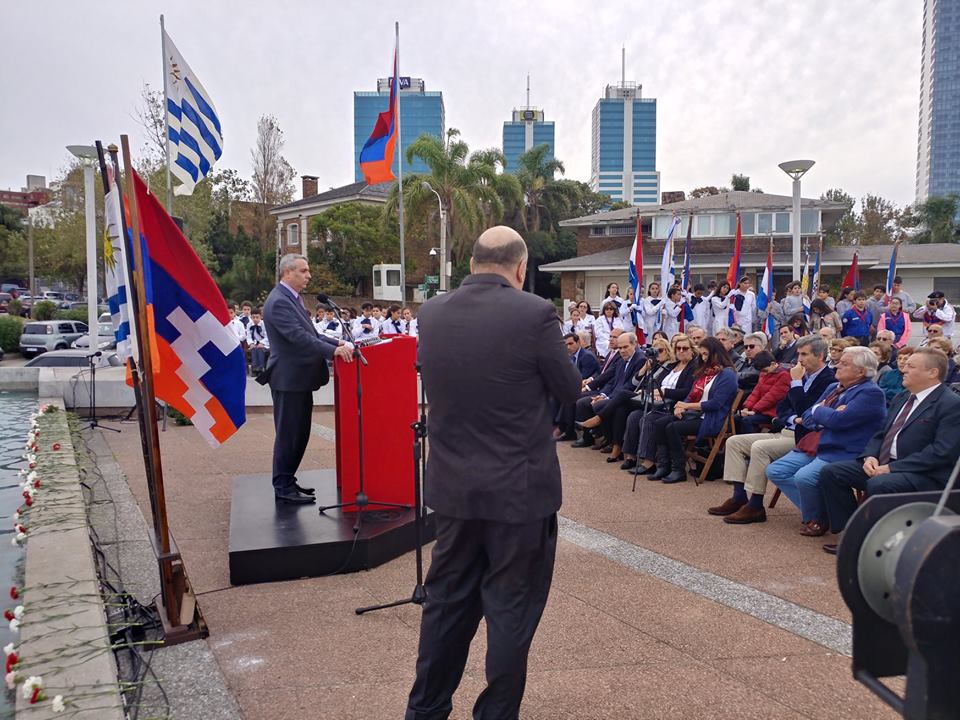