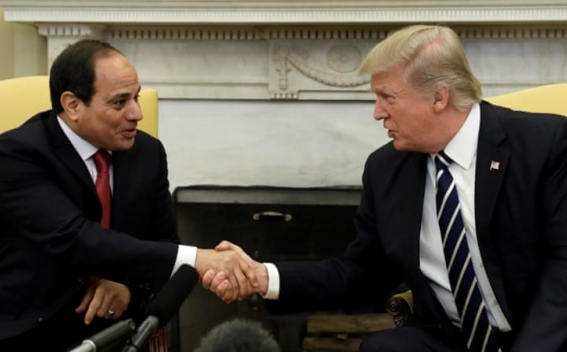 The Trump administration is reportedly seeking to issue an order that would designate the Muslim Brotherhood as a "foreign terrorist organisation", Aljazeera reports citing the New York Times.

According to the paper, which cited officials familiar with the matter, Egyptian President Abdel Fattah el-Sisi urged US President Donald Trump to take the step during a April 9 visit to the White House.

the Brotherhood was declared a terror group by Egypt in 2013 after Sisi led a military coup against Mohamed Morsi, a Brotherhood member and the country's first democratically-elected president.