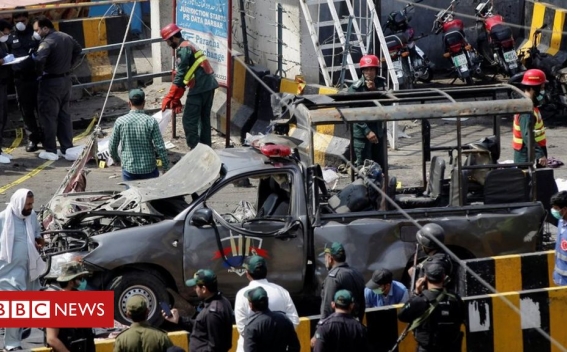 Many are feared injured, including several policemen. Authorities said the blast appeared to have targeted a police vehicle, BBC reports.

The explosion occurred near the Data Darbar Sufi shrine, one of the oldest Muslim shrines in South Asia.

So far, no group has said it carried out the attack.