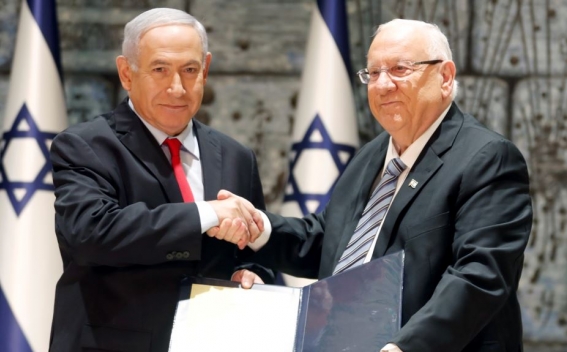 President Reuven Rivlin accepts Prime Minister Benjamin Netanyahu’s request for a two-week extension in forming the next government, "The Times of Israel" reports.

"After you presented the need for additional time to complete forming a government, and according to clause 8 of Basic Law: The Government, I hereby extend the time allocated to form a government by 14 days," Rivlin tells Netanyahu, according to a statement by his office.

Netanyahu will now have until May 29 to form the government, with no further extension permitted by law.