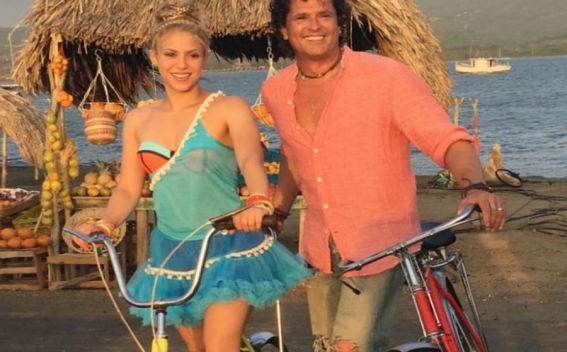 A Spanish court said Thursday it had cleared Colombian superstars Shakira and Carlos Vives of accusations they plagiarised part of their Grammy award-winning hit "La Bicicleta".

Livan Rafael Castellanos, a Cuban singer known as Livam, had alleged that the catchy tune copied parts of the melody and lyrics from his own song called "Yo te quiero tanto" (I love you so much).

"There is no plagiarism whatsoever as claimed by the plaintiff in this lawsuit," the commercial court said in its ruling, France24 reports.

Music publisher MDRB had filed a complaint in 2017 in the Madrid court on behalf of Livam.

In March, Shakira, 42, who lives in Barcelona, told the court she had "never heard" Livam's song before.

Vives, 57, also said he did not know the song or Livam.

But the court ruled that the expression was "common, used in all sorts of songs and lyrics, all through history"

It added that the melody, rhythm and harmony were different in both songs.