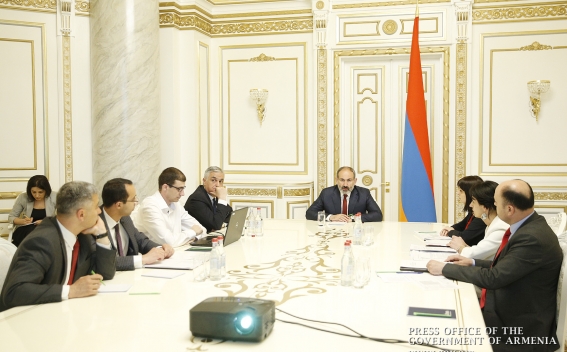 Prime Minister Nikol Pashinyan called a consultative meeting to discuss issues related to the reform of the Family Vulnerability Assessment System in Armenia. First, a brief analysis was presented on the situation, evaluation principles, assistant types and deficiencies revealed in the Family Vulnerability Assessment System (PAROS), effective since 1994.

As deficiencies, the report specified the involvement of the same families in the system, the application of human factor-induced subjective criteria, the lack of motivation to leave the system and the lack of initiative among system beneficiaries.

The preliminary version of the proposed new system was introduced, which has been developed based on considerations related to the elimination of poverty consequences, conformity between the need for assistance and support package, drastic reduction of subjective criteria and human factor, motivation incentives, etc. A number of proposals and recommendations were voiced during the exchange of views that followed.

Summing up the discussion, the Prime Minister noted that the applicable Family Vulnerability Assessment System is not aimed at overcoming poverty, while the government’s priority is to make the assistance as targeted as possible.

The Head of Government emphasized that the state support should have a tangible impact on poverty eradication and elimination of extreme poverty - that is, the new system needs to be poverty-reluctant and should not create a favorable environment for poverty.

Nikol Pashinyan suggested following up the discussion within the working group in order to lay the foundation for the reform concept based on the aforementioned two goals.