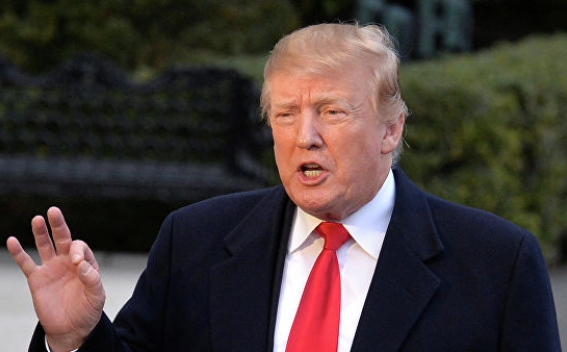 The President of the United States Donald Trump has congratulated the Prime Minister of Georgia on the Independence Day, which is marked on May 26, georgiatoday.ge reports.

Prime Minister's press office reports the letter sent by the White House leader to Bakhtadze which underlines the partnership between the two countries and strong support for Georgia's territorial integrity.

"Mr. Prime Minister, I have the honor to congratulate you on behalf of the American people and wish you and the Georgian people all the best on the Independence Day, which is celebrated on May 26th. The deep friendship between the American and Georgian peoples continues to fully develop because we both value democracy, rule of law, fundamental rights and freedoms, which is aimed at protecting our citizens' dignity," the letter reads.

It also mentions that the US supports Georgia's territorial integrity and sovereignty within its internationally recognized borders recognizes the right of the sovereign nation of Georgia to the Western orientation.

"The United States will always remember Georgia's contribution to the global security and the NATO mission in Afghanistan," the letter reads.

"I expect further development of the US-Georgia partnership for our common interests of peace and prosperity in the coming years. Please, accept my sincere congratulations on the Independence Day of Georgia," Trump’s congratulatory letter reads.