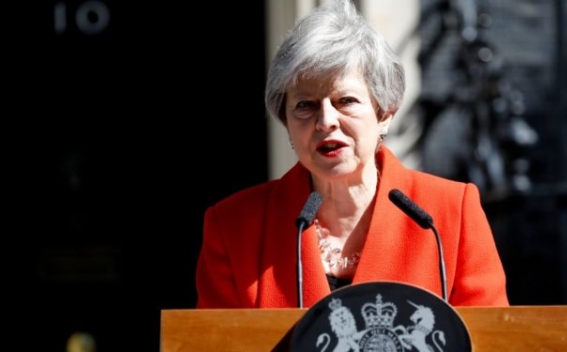 Prime Minister Theresa May said on Friday she would step down on June 7, succumbing to calls in her governing Conservative Party to make way for a new leader to try to break an impasse over Britain’s departure from the European Union, Reuters reports.

“It is now clear to me that it is in the best interests of the country for a new prime minister to lead that effort. So I am today announcing that I will resign as leader of the Conservative and Unionist Party on Friday the 7th of June,” May said.