At Least 13 Hurt in Blast in Downtown Lyon 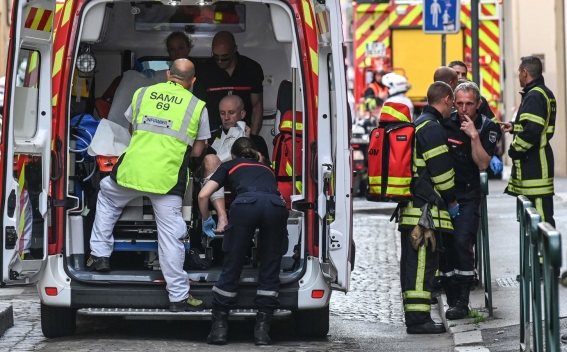 At least 13 people were hurt in a blast in the center of France’s Lyon, TASS reports.

According to the television channel, eleven people were taken to hospital. Their lives are out of danger.

As follows from the data of security cameras, at about 17:30 local time (18:30 Moscow time) a man wearing sunglasses and with a hood over his face rode his bicycle to a boulangerie in Rue Victor Hugo, a pedestrian street in central Lyon, and left a bag near it.

Investigators however have managed to identify the man. They also say it was a fragmentation explosive device.