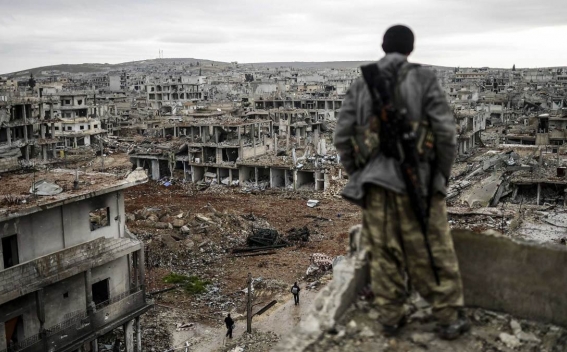 Top US and Russian diplomats discussed the step-by-step implementation of a 2012 roadmap to UN-supervised elections in Syria that could allow a Syrian government “to move back into the international community,” the US envoy for the war-torn country said Wednesday, Alarabiya reports.

Ambassador James Jeffrey’s comments indicated a new US-Russian engagement on efforts to end the eight-year Syrian conflict that has killed over 400,000 people and lift Syria’s isolation in the West and elsewhere.

But Jeffrey cautioned that “this is just a potential way forward.” He noted there have been no steps such as a cease-fire in the last rebel-held stronghold in Idlib that the Trump administration is demanding or the convening of a committee to draft a new constitution for Syria as called for in the roadmap.

Such steps “would give us confidence that the Assad regime actually understands what it must do to help end this conflict,” he told reporters after a closed Security Council meeting on Syria’s political situation.