Tokayev Sworn in As Kazakhstan’s President 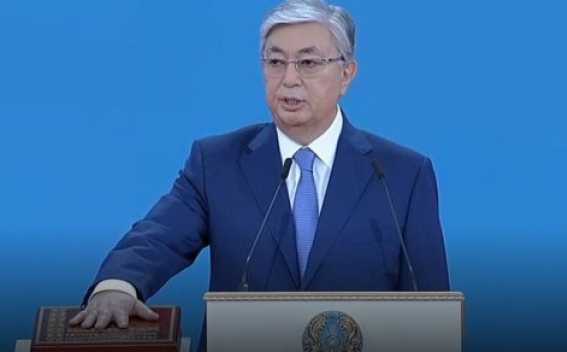 Kassym-Jomart Tokayev took the oath of office as Kazakhstan’s president at a ceremony in the Independence Palace in the capital Nur-Sultan on Wednesday.

Tokayev, 66, a former Senate speaker, was elected president of Kazakhstan in an early election held on June 9, securing nearly 71% of the vote. He succeeded Nursultan Nazarbayev, who announced his resignation in March after 30 years in power, TASS reports.