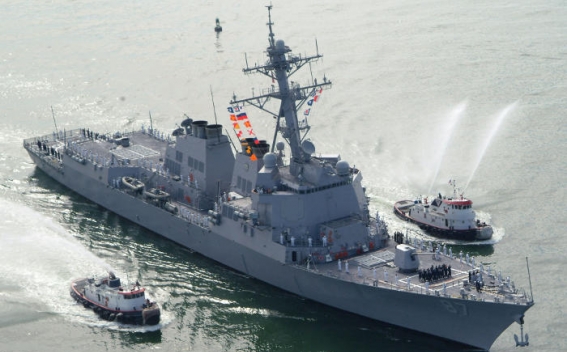 The United States has no interest in engaging in a new conflict in the Middle East but will defend American interests including freedom of navigation, the U.S. military said on Thursday as it directed a destroyer to the scene of an attack in the Gulf of Oman, Reuters reports.

U.S. Central Command said in a statement the destroyer USS Mason was en route to the scene of the attacks that damaged two tankers in the Gulf of Oman earlier in the day. The destroyer USS Bainbridge remains in close contact with the damaged tanker M/V Kokuka Courageous and will tolerate no interference, the statement said.