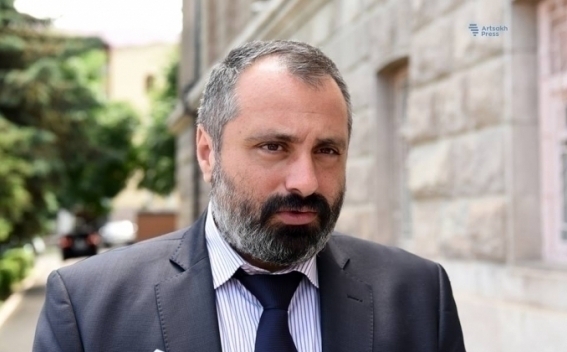 Meantime Davit Babayan predicted low chances of frontline tensions notwitstanding the existing regional geopolitical challenges. ''That doesn't mean, certainly, that we are in a situation in which all the actions signal chances of attacks by the adversary. That's not absolutely true. The adversary hasn't changed or revised its vision or objectives in relation to us. That's a fact; yet on the other hand, the military balance is being maintained. Any situation, including a complicated one, offers both challenges and opportunities,'' he said in an interview with Tert.am.

As for Azerbaijan's continuing cooperation with Turkey, Babayan said he treats it as nothing more than just a manifestation of Pan-Turkism ''targeted not only against us but also other countries''.  ''The ceasefire violations have decreased in number over the past year thanks to the meetings between [Armenian Prime Minister Nikol] Pashinyan and [Azerbaijani] President Ilham] Aliyev,'' he noted.

''On the other hand, though, this is only just one layer, as there are other developments we shouldn't ever forget, particularly the highest level of Armenophobia in Azerbaijan. We see the kind of aggression in the media, as well as on the political arena.''

Babayan said he doesn't think that the situation now is comparable to the months preceding the April 2016 frontline offensives. ''Azerbaijan wants to destroy Artsakh, as it is their dream to destroy the Armenian statehood. Do they take any steps, though? Yes they do – those steps have always existed in the propaganda domain, but if we turn out strong enough to pursue the right geopolitics, they never resort to military actions.

''Thar likelihood always exists, but we cannot say a war is breaking out tomorrow. Those chances are little,'' Babayan said.

Nagorno-Karabakh's Ministry of Defense on Thursday reported the death of a 20-year-old private, Artyom V Khachatryan, in a northern military post.

Earlier, Sipan S. Melkonyan, a 21-year-old private of Defense Army, was reported to have been fatally wounded in a south-eastern military unit (Martuni). Probes have been launched into both incidents to resolve further details.