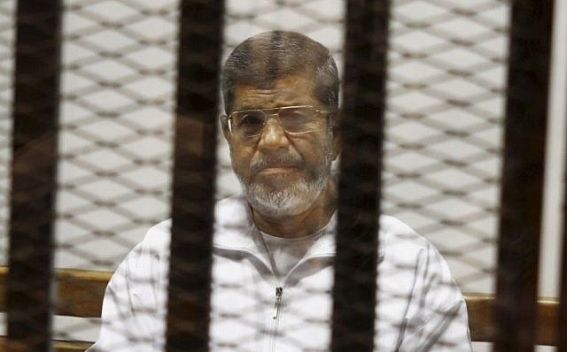 The Times of Israel

A lawyer says Egypt’s former President Mohamed Morsi has been buried, a day after collapsing and dying in a Cairo courtroom.

Also, Ahmed Mursi, son of former president, said on his Facebook page on Tuesday that the burial was attended by members of the family in Cairo’s Nasr City.

The 67-year-old collapsed during a court session on Monday, Al Arabiya reports.

Morsi, a top figure in the Muslim Brotherhood, was toppled by in 2013 after mass protests against this rule.

Morsi was serving a 20-year prison sentence for a conviction arising from the killing of protesters during demonstrations in 2012, and a life sentence for espionage. He had denied the charges.