Syria Says It Doesn't Want to Fight With Turkey 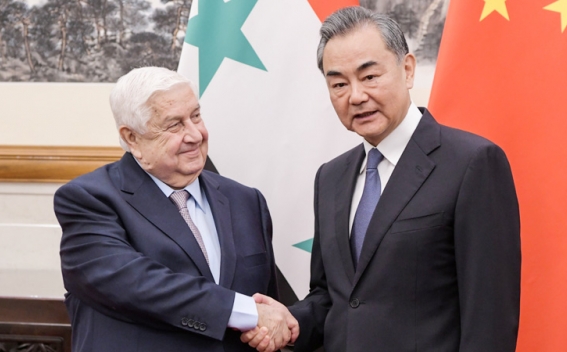 Syria does not want to see fighting with Turkey, its foreign minister said on Tuesday, after Ankara said one of its posts in Syria's Idlib region was attacked from an area controlled by Syrian government forces.

Russia, which supports Syrian President Bashar al-Assad in his country's civil war, and Turkey, long a backer of rebels, co-sponsored a de-escalation pact for the area that has been in place since last year.

"We hope that our military and the Turkish military do not fight. This is our principled stance," Syrian Foreign Minister Walid al-Moualem told reporters in Beijing, standing alongside the Chinese government's top diplomat, State Councillor Wang Yi.

"What we are fighting is terrorists, especially in Idlib, which is Syrian territory - part of our country," Moualem said in Arabic comments translated into Mandarin.