For Who the Ministry of Diaspora was Abolished 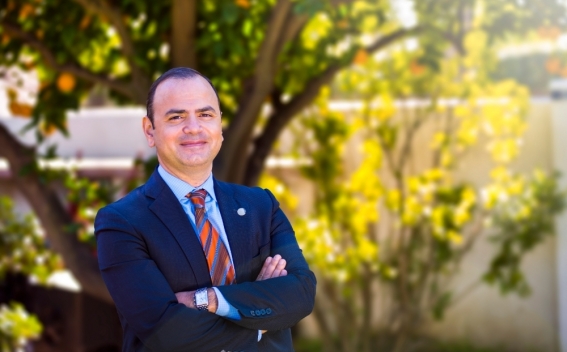 The new or rather the first High Commissioner of Diaspora Affairs is in Armenia.  Previously, this post was called "Minister of Diaspora." The newly appointed commissioner is former mayor of the American city of Glendale Zareh Sinanyan.

It would seem quite logical that the institute working with the diaspora is represented by a person who knows the diaspora from the inside, was himself its representative and knows firsthand about its problems and tasks. There would be a certain logic in his appointment, but...

Since the independent Armenia started coordinated work with the diaspora, representatives of the Armenian diaspora have not been appointed to this position. One need not be a great expert to understand how diverse and multifaceted the Armenian diaspora is with its different party structures, different countries - often conflicting with each other, different origins of diasporas themselves - new or old, etc. Different diaspora structures and cells are not only jealous of what is happening in diaspora, but also of Armenia-Diaspora relations. In this sense, Diaspora is not easy to please, but undoubtedly this area requires a person who is equivalently perceived by all diaspora organizations;

The second questions is about the restructuring of the Ministry of Diaspora of Armenia. If such a structure was still necessary, and it was not formed at the RA MFA (as expected), a new staff was recruited for it (although optimization was mentioned). It seems as if the ministry was abolished only because Zareh Sinanyan could not be appointed minister - by virtue of his citizenship. This means that the office of the Commissioner of Diaspora Affairs as a structure was created specifically for Zareh Sinanyan, which does not at all correspond to the logic of transformations and appointments that should have been on in "new Armenia".

Zareh Sinanyan himself understands the ambiguity of his appointment. Therefore, immediately after taking office, he stated, “Yes, I have lived in the United States for 31 years, but I am from Yerevan, I speak Russian well, if you are worried about Russia, and about Iran, whoever you are, except for the native Armenians living abroad, a problem may rise with any state. I don’t see a fundamental problem." Perhaps Sinanyan himself is well aware that the appointment of an American Armenian to this position may not be at all to the liking of the Russian, Iranian, or, for example, French communities, who may see in this appointment an element of deprivation. Interestingly, he also stated that he would first focus on the Armenian community in Russia, and his first visit as a commissioner would be to the Russian Federation. It is also interesting that an Armenian from the United States, Sara Anjargolian, was made head of the Office of the Commissioner of Diaspora Affairs. Obviously they forgot to think about the balance in the appointments.

Zareh Sinanyan was born in Yerevan. At the age of 14 he moved to the US with his family in 1988 and settled in the city of Burbank, California.  In 1997 he earned a bachelor's degrees in political science and history at the University of California, Los Angeles. He then attended law school at the University of Southern California, where he obtained his Juris Doctor. He is married and has 4 children.

“My father was born in Istanbul, and in 1946 he moved to his homeland with his family and settled in Yerevan. My maternal relatives are from the city of Talin, with the roots from Mush. We moved to the United States in May 1988, because my parents could not accept  the communist regime. Although we had a good standard of living in Soviet Armenia, my parents decided that it was better for me and my sister to grow up in a free society and decide for ourselves where to live. I studied at Yerevan School No. 172 with an English bias, and at the Sayat-Nova music school. Then I graduated from secondary and high schools of Burbank. I earned bachelor's degree in political science and history from the University of California, Los Angeles, then I graduated from the law school at the University of Southern California. After that I worked for a while in Washington in the institution controlling the bond market, and there I joined one of the Armenian lobbyist organizations,” Sinanyan said in an interview with News.am in 2014. In 2013, Glendale City Council candidate Zareh Sinanyan was in the middle of a scandal over allegations that he was the author of "racist, homophobic, hateful to women and threatening" comments on YouTube.

“The time has come for all of us to get to work and build the country we dreamed of. It would be immoral of me to stand aside and not participate in the development of the country,” said Sinanyan on Radio Liberty live streaming. He said above all, it is necessary to understand what the Armenian diasporas are like in different countries. A start has been made, there is a new position, freedom of action for Zareh Sinanyan, and, as Nikol Pashinyan said, knowledge of 4 languages ​​(Armenian, English, Russian, a little Spanish). It only takes to master the skills of using these languages ​​in order to solve a huge number of problems associated both with the diaspora itself and with the multi-level Armenia-Diaspora relations.